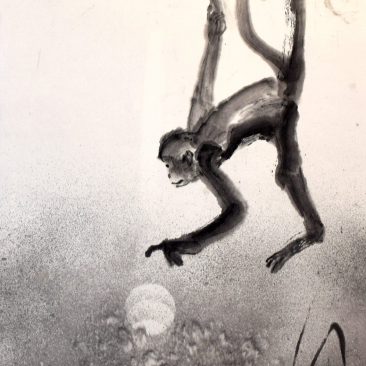 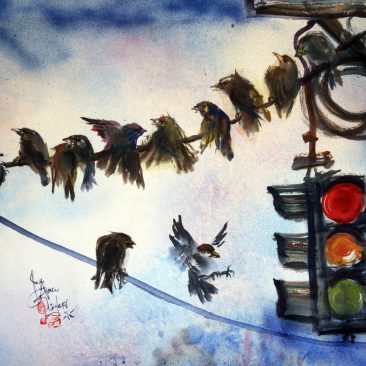 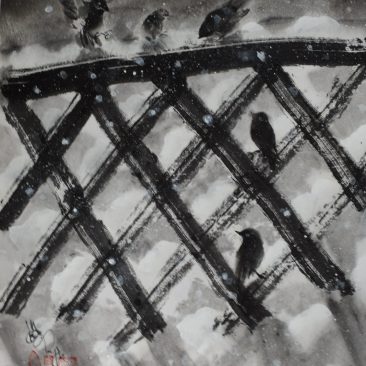 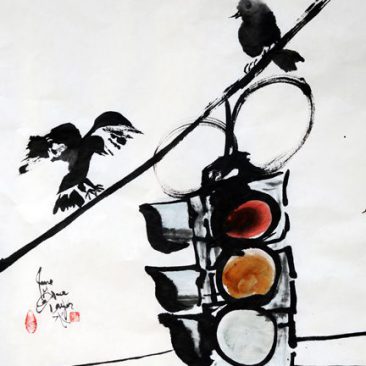 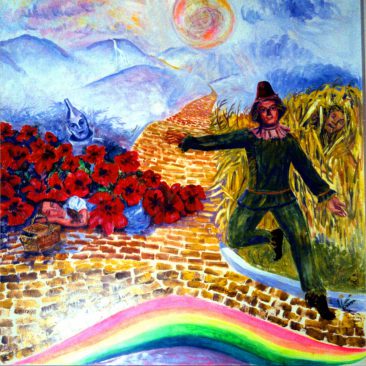 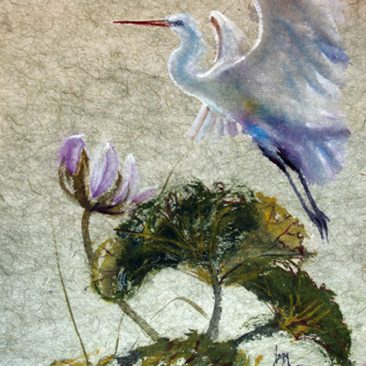 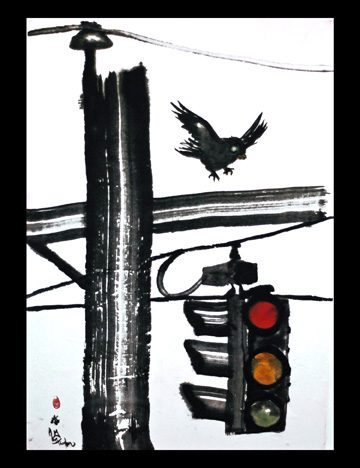 Jane Grace Taylor – 4 Stoplight and Bird
Jane Grace Taylor
Jane Grace Taylor is a Graduate of Syracuse University (Masters Degree in Fine Arts). She taught art for 32 years in public schools and after retiring, she has sold work in numerous venues including the Public Market and Hungerford Galleries. She is a member of the Sumi-e Society of America (Chinese style watercolors) exhibiting in eastern United States including Maryland ,Washington, Alabama and New York. She is known in Central New York for large murals including one mural of 60 feet high. Artisan Works has collected a canvas she painted for the Global Mural Project 7×17 feet .The Refugee Center has permanently installed her 10×9 foot painting depicting the plight of refugees. Her most recent mural was commissioned by a VFW near Syracuse, NY, a wall approximately 20 feet long . 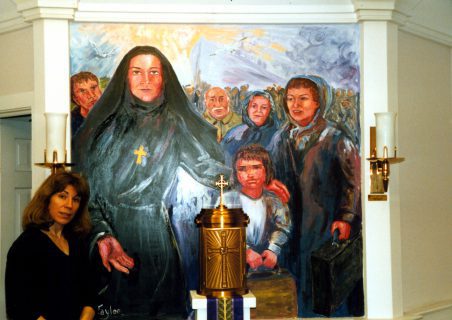 Artist statement
“I love the free flowing expressiveness of Sumi-e. It is also steep in historic significance.”